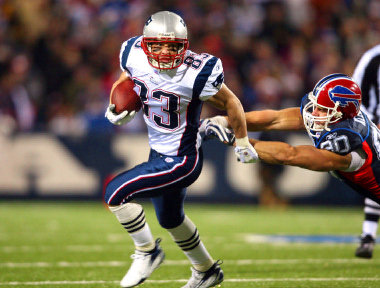 The Patriots came up with a good win to start their season, in a game filled with several pleasant surprises. On the offensive side of the ball, the Patriots showed me that their offense is as good as ever. With not even a B+ running back, this offense will put up a ton of points — they simply have too many weapons. Tom Brady shined, Wes Welker showed that he’s going to be just fine, the offensive line actually bought Brady some time. Both of our two young tight ends played good games and Fred Taylor even pitched in running the ball. The offense is all well and good, but as the second half showed…..

Unfortunately, almost every Patriots game this year will be a time of possession battle. If the Pats get the ball, the offense will dominate and score plenty of points. I’m sure we’ll struggle against the premiere pass rushes in the league, but for the most part just get us the ball and we’ll be great. Unfortunately, the defense is young and generally terrible. Other teams will be able to eat up huge portions of the clock and put points on the board. There’s no way around it.

That being said, game one was a huge success as the defense did show up and make plays. If the Pats can play decent defense even half of the game, get a defense score, or even make just a few key stops on third down, they’ll be extremely tough to beat. And it was great to see them do this in game one against a pretty damn potent offense. Our young cornerbacks, although inexperienced, looked young and fast. They did a great job, despite Ocho Cinco going on a bit of a receiving spree in the second half. This game ultimately provided the blueprint for Patriots success this year — make a few key plays on D and the offense will take care of itself.

Big game against the Jets next week, and thrilled to have football back. 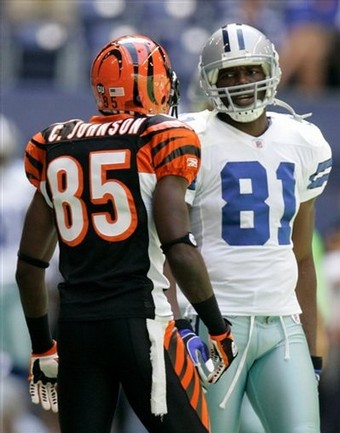 What are the odds that the Boston Red Sox make the playoffs this season, versus the newly retooled Bengals making the AFC championship game? The Red Sox are finally beginning to get some of their injured players back, although they are still missing two crucial pieces in Jacoby Ellsbury and Dustin Pedroia. They are currently 4.5 games behind the wild card leading Tampa Bay Rays. The Bengals now have Carson Palmer throwing the ball to either Ocho Cinco or Terrell Owens — if he’s not handing it off to Cedric Benson. How do you defend against that?

I’d say the odds of the Sox making the playoffs are 45% — I expect them to get key players back soon and make a significant push. They still have the best pitching in baseball, have not been known to quit on seasons, and I think they have plenty of time still. Everyone in Boston seems to be writing them off, but come on people, they still have more than two full months. That’s plenty of time to make up 4.5 games. Best of all, they are ending the season playing the Yankees (who will be in the playoffs for sure). You know that if the Sox are in a do or die situation, that series will have amazing electricity.

As for the Bengals, I have no idea how you defend against them. But honestly, I don’t know a whole lot about their defense. I give them a 33% chance of making the AFC title game.